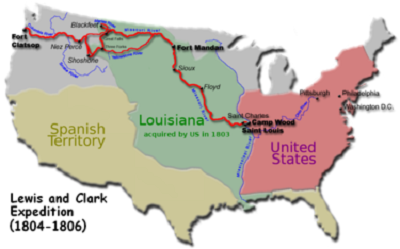 President Jefferson bought the Louisiana Territory from Napoleon Bonaparte in 1803. Napoleon had retaken the territory from Spain, who had taken it from France, who had taken it from Spain, who had taken it from France, got all that? His Royal Shortness was a little low on cash and was preparing to go to war with England. Jefferson was looking to buy New Orleans and vicinity, Napoleon, knowing a “pilgrim” when he saw one, snookered ‘ole Tom into buying all 828,000 square miles for 15 million dollars.
Lewis and Clark spent the next two years tramping their way 4,142 miles to the Pacific Coast. So we went to see where they went.

We took the two lane (US 26) out of Portland to the northwest and the coast: 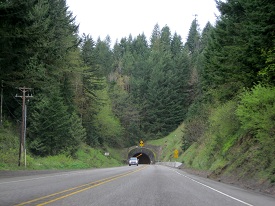 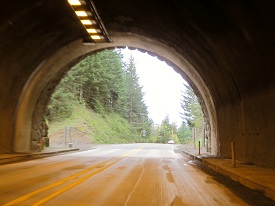 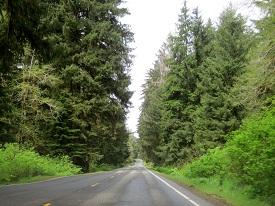 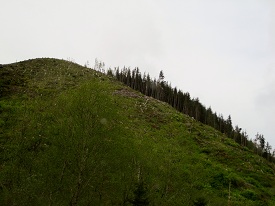 We arrived in Astoria and found a bridge: 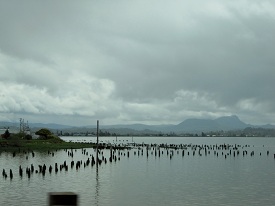 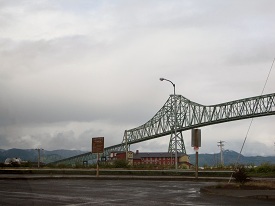 Went over the bridge into Washington:

View from the bridge: 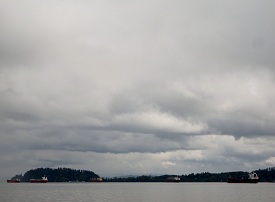 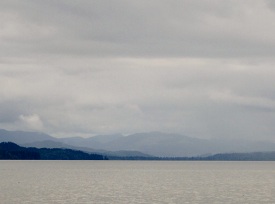 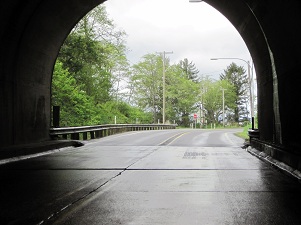 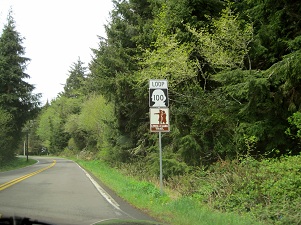 to the Lewis and Clark Trail. (not sure if they had the bridge and tunnel back then) 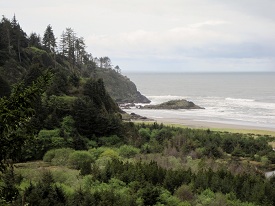 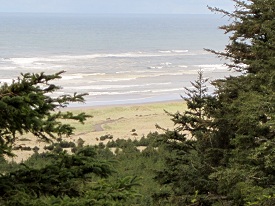 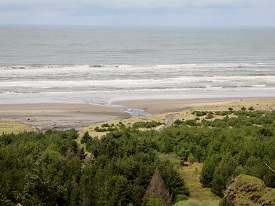 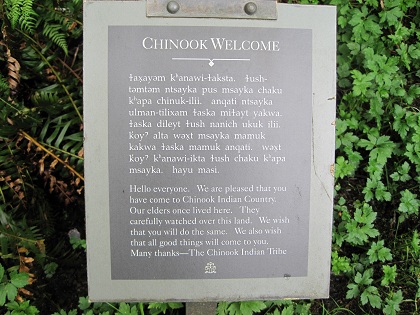 We were welcomed to the Lewis and Clark Interpretive Center by the Chinook. (and I thought the Chinook was just a helicopter)

There was a message from Tom Jefferson, too.

Cape Disappointment?? What’s with that? Who was disappointed?  Why is that Capt’n Ron?  Nobody knows . Or maybe it was:

One account has it that the cape was named on April 12, 1788 by British fur trader John Meares who was sailing south from Nootka in search of trade. After a storm, he turned his ship around just north of the Cape and therefore just missed the discovery of the Columbia River.

Missed it by “that much“. 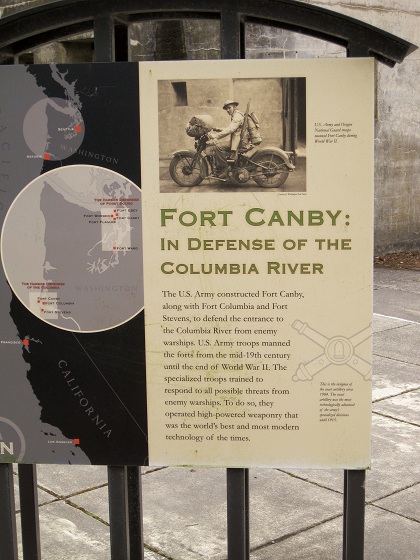 View from the Cape:

One of the State Park Rangers was from Michigan. Maybe he followed the Trail, too.

We followed US 101 up the Washington coast to the intersection of 101 and Washington 107 near Aberdeen. This was our turn to the east and the beginning of our way home. 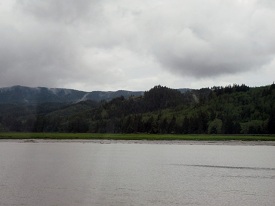 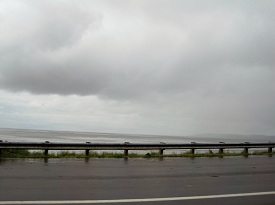 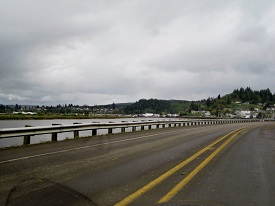 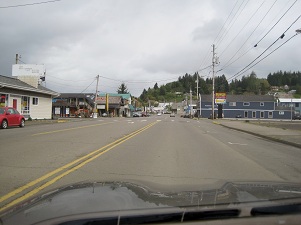 Next: The Wandering Grandparents Wander East