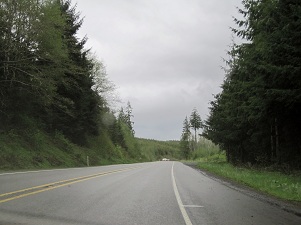 We made the Big Turn and started for Montana and  Cowboy Rex. To get there we needed to drive across Washington and Idaho.

Why, yes it does rain in Washington. 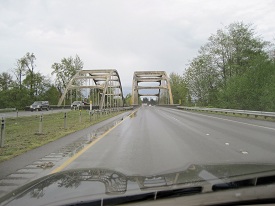 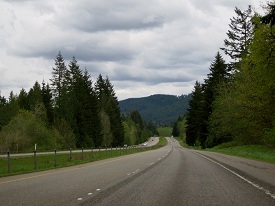 Did I mention it rains in Washington? 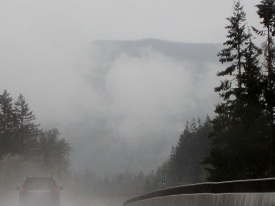 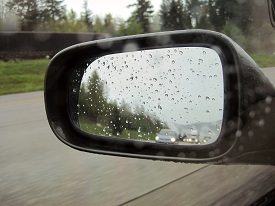 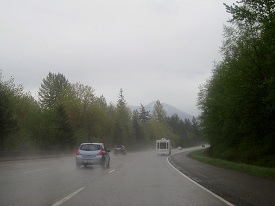 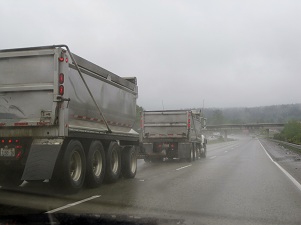 Wow! Looks like that rig is loosing its tandem! More on that when we get to Rex’s. 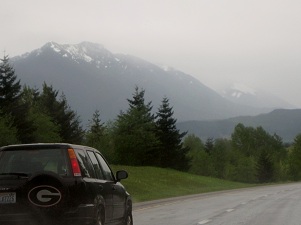 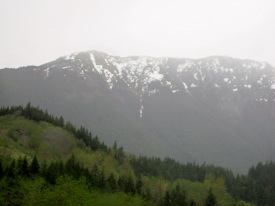 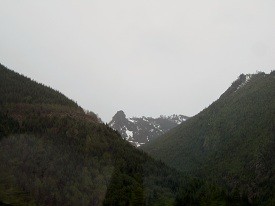 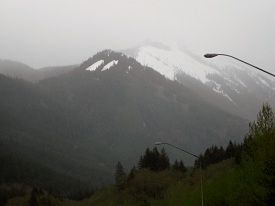 …a cascading cascade in the Cascades…

More from the road: 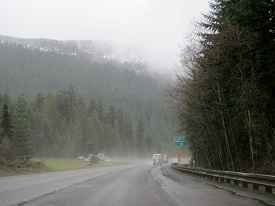 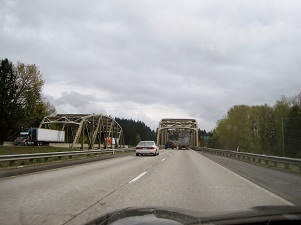 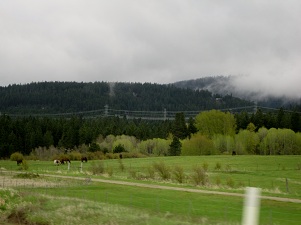 Soon we were on the eastern slopes…

..which had been invaded by windmill aliens: 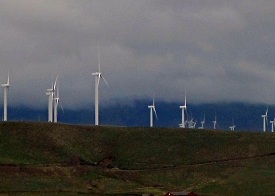 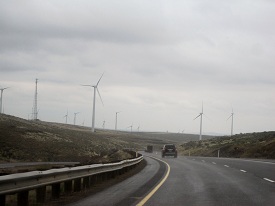 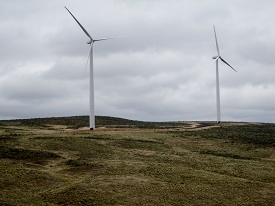 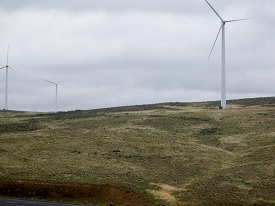 We started to notice there wasn’t any trees around. (We think the alien windmill men cut them all down to send to planet Tree-less or to eat.) 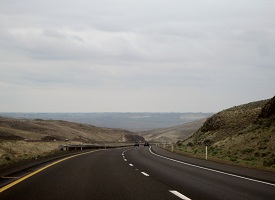 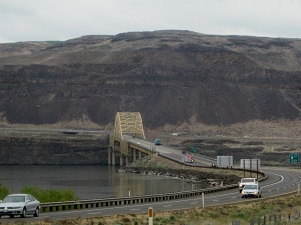 Hey, another bridge. This one is across the Columbia River.. 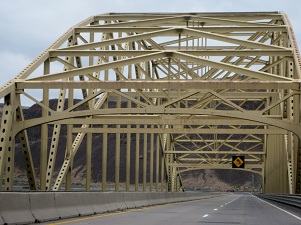 We stopped for a break.. 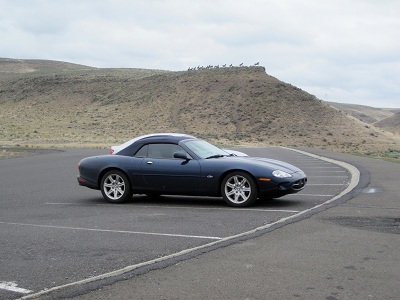 and that’s when we saw them…

the  Wyld Stallyns of Vantage, Washington.

We press on. Still no trees.. 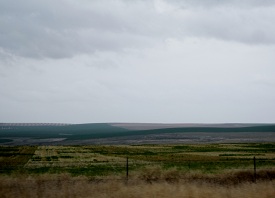 ..but we did find Alfalfa…we found potatoes, too, but lost them..

Then we found Spokane. We blew right thru…so..

..we could catch up to the Idaho shower.. 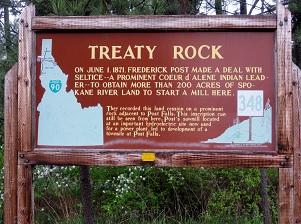 We looked for Treaty Rock.. 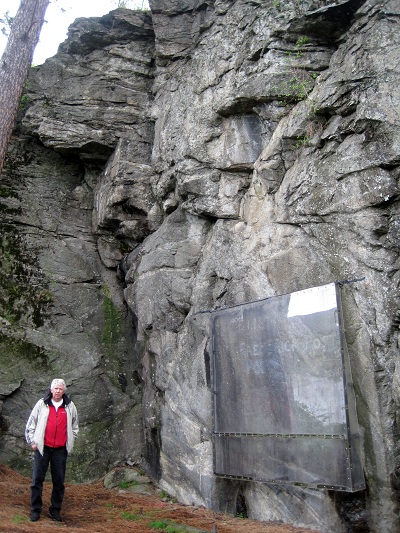 Next:  We cross Idaho and find Montana