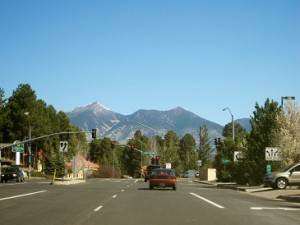 From the top of Oak Creek Canyon the drive to Flagstaff, being only 12 miles, was uneventful.

Except for the cow.

We spent the night in Flagstaff and headed north the next morning. 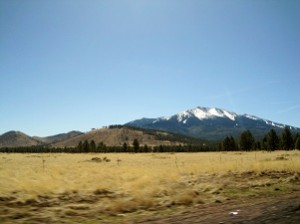 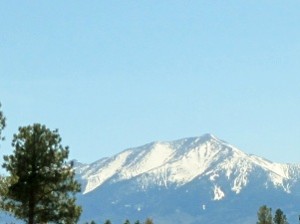 We drove and drove some more. Road to the Grand Canyon video.

Should we have taken the train from Williams? Maybe next time. Eventually we got to the place or at least the parking lot. Mary headed for the visitors center but because I had been to the Canyon many, many moons ago suggested that we should walk up the sidewalk a little way first. Mary sees the Grand Canyon for the first time. 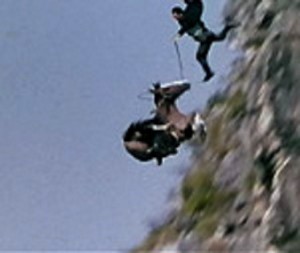 Later describing her first look, she said “can you imagine riding up here on your horse, not knowing it was here??? Whoa!! Dobbin!!

The Grand Canyon is 277 miles  long, up to 18 miles  wide and attains a depth of over a mile (6,000 feet ).  the area has been continuously inhabited by Indians who built settlements within the canyon and its many caves. The Pueblo people considered the Grand Canyon  a holy site and made pilgrimages to it. The first European known to have viewed the Grand Canyon was  García López de Cárdenas from Spain, who arrived in 1540. See above picture for details.

After Garcia’s unfortunate mishap, a railing was installed.

Puppy and Deer play on the rail… 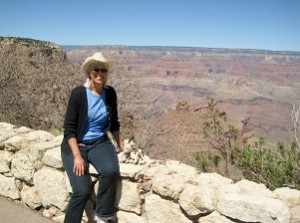 The Grand Canyon has mountain lions, rattlesnakes and attack squirrels. 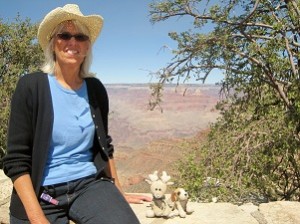 Right after this picture was taken an attack squirrel tried to run off with Puppy. Mary and Deer had to chase him half way down the Canyon.

Each year, thousands of hikers enter the Grand Canyon on the Bright Angel
Trail. They follow a route established by prehistoric people for two key reasons:
water and to pay homage to García López de Cárdenas from Spain. First European to see (briefly) the bottom of the Grand Canyon. 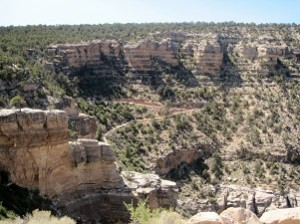 Some of the trail down to the floor of the canyon. Its about a 2 hour trip down… 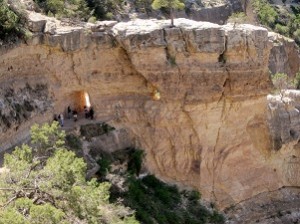 …and a 4 day trip up counting cardiac arrest, recovery and rescue by mule.

When you get down there you can rest here if you have reservations. 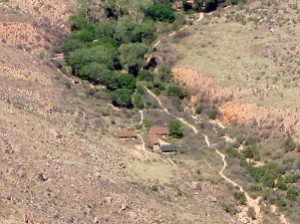 Puppy and Deer find yet another place to play. 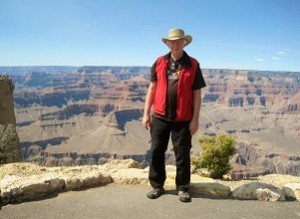 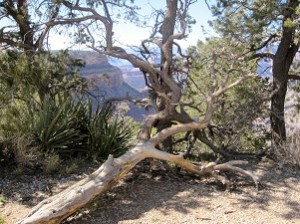 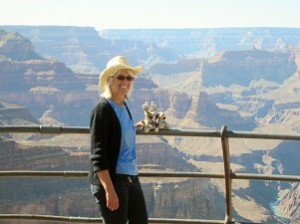 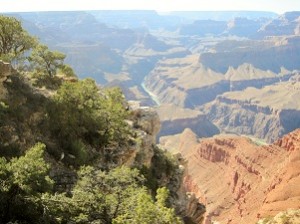 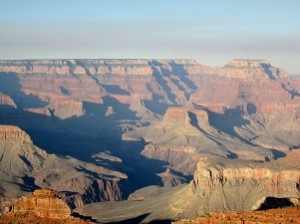 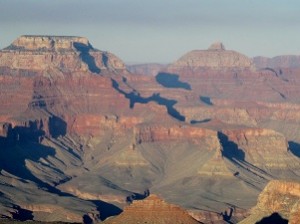 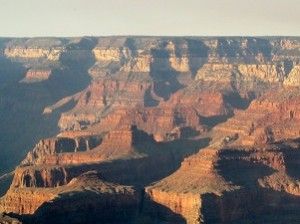 Alas! All good sight seeing comes to and end ….. 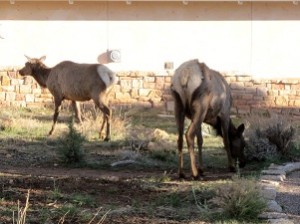 …. and we need to get the elk outa here.

Good night  García López de Cárdenas. Where ever you are.