From the Grand Canyon we stopped one last time with Doug and Gail Sweet. 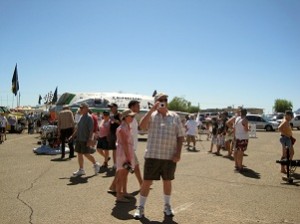 But Lake Havasu was getting a little crowded.. 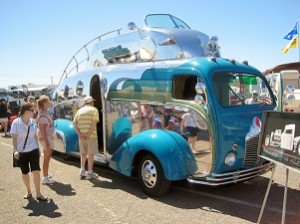 ..and a bit weird so after a few days we bid the sweet Sweets ado and started for sunny California.

Still wanting to ride the “Mother Road”  we got off I-40 as soon as we could. 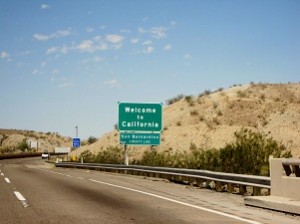 We hit the the state line. No check points except for the fruit thing. I guess there are already enough fruits and nuts in California. 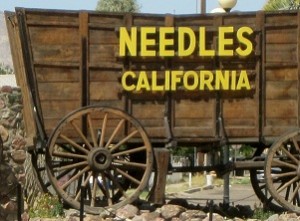 I vaguely remember Needles from the trip with Mom and Dad. Didn’t seem to have changed much. 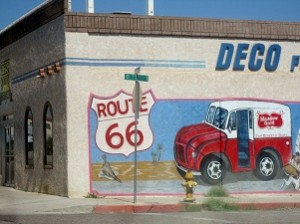 After Needles we followed 66 out into the Mojave toward Barstow. California Dreaming video. 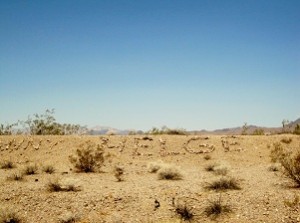 Along the way we discovered miles and miles of names written with rocks by the side of the road. We figured it was done by “dust bowl” refugees from Kansas.

We lived in Kansas for 3 years so we added ours. 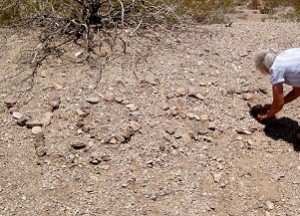 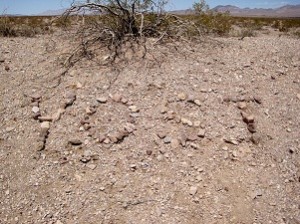 I could be wrong about the “dust bowl” thing. The rocks might have rearranged themselves into names by chance. Death Valley has its “walking rocks” so why can’t the Mojave have spelling rocks?? 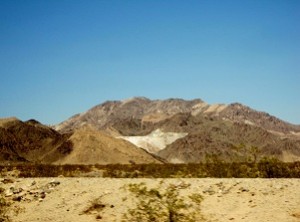 Speaking of Death Valley, is that borax in them thar hills? 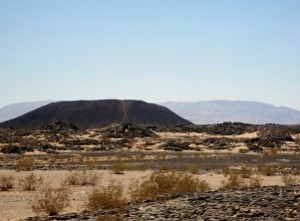 Unexpected was all the vulcan activity (where is Spock when you need him?) along the way. Lava flows and volcano cones everywhere. Thought we were in Hawaii.

The settlement of Barstow began in the late 1840’s. Every fall and winter, as the weather cooled, the rain produced new grass growth and replenished the water sources in the Mojave Desert. People, goods and animal herds would move from New Mexico and Utah to Los Angeles, along the Old Spanish Trail from Santa Fe.. yada, yada, yada. 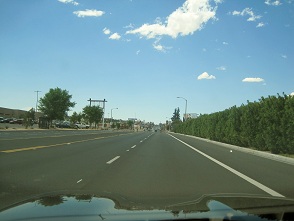 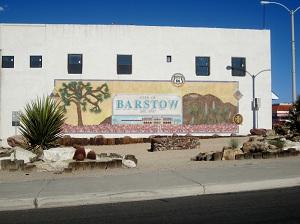 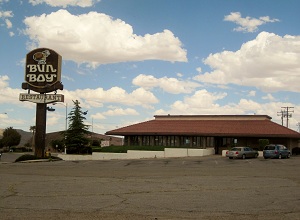 We found good vittles at the Bun Boy Restaurant recommended by the motel we stayed at. 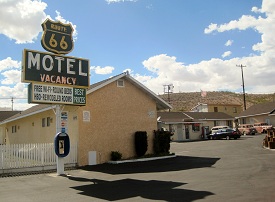 Our motel . The world famous “Route 66 Motel”. As seen on TV and the odd travel log. 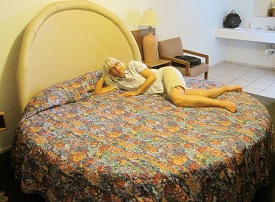 Why, yes it is the one with the round beds!

As with many of the sights along 66, the owners had/or were in the process of restoring classic examples of Mother Road lore. and yes that is the maid. A true full service motel. 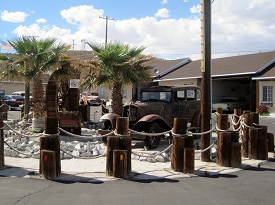 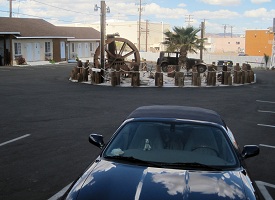 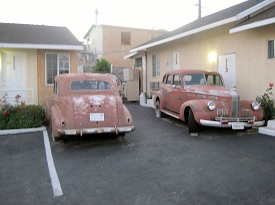 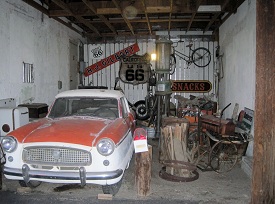 We do some sight seeing: 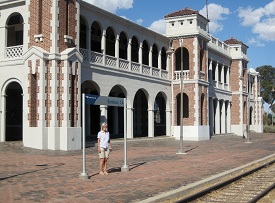 This is the Barstow train station and Harvey House. 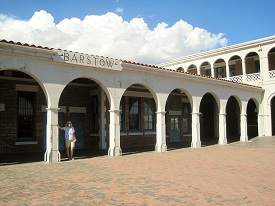 Fred Harvey is credited with creating the first restaurant chain in the United States. Harvey and his company also became leaders in promoting tourism in the American Southwest in the late 19th century. The company and its employees, including the famous waitresses who came to be known as “Harvey Girls”, successfully brought new higher standards of both civility and dining to a region widely regarded in the era as “the Wild West”. The popularity of the Harvey Girls grew even stronger in 1946, when Judy Garland starred in the film version of Samuel Hopkins Adams’ novel The Harvey Girls. 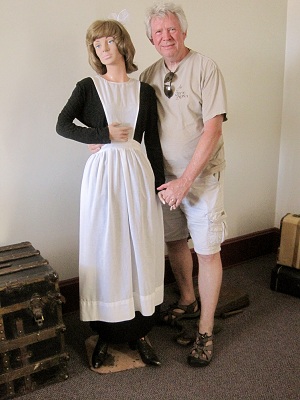 Harvey Girls were to be  “single, well-mannered, and educated American ladies,18 to 30 years of age, of good character, attractive and intelligent”. Harvey Girls were required to enter into a one-year employment contract, and forfeited half their base pay should they fail to complete the term of service. Marriage was the most common reason for a girl to terminate her employment.

Right: Judy Garland as a Harvey Girl (with escort) 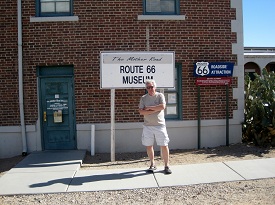 The Barstow Route 66 Museum. It was closed. 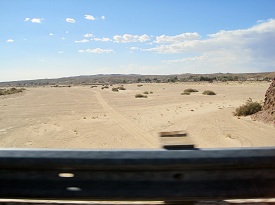 The Mojave River. Apparently it was closed, too.

The MacDonalds was open for business! Next time we’ll stop there. 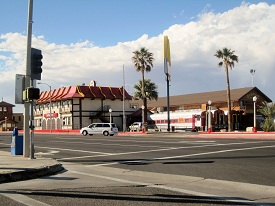 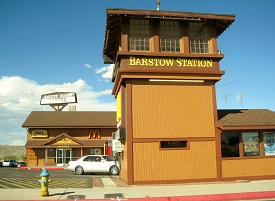 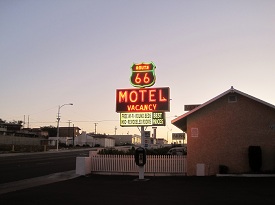