Here we are  in Portland, Oregon its 57 degrees, spitting rain and I’m still working on Arizona where I’m sure Doug and Gail are enjoying 90-100 degress. But its a dry heat – right?

D & G (Doug & Gail) decided we should see the town of Oatman which is a little ways up old 66 from LHC (Lake Havasau City – remember from part one?)  A section we skipped when we came across I- 40 from Flagstaff and Doug was more than happy to take us back up it.

But first.. So Gail has this hat she likes to wear but doesn’t like to be seen in.. at least in photos. This is not Gail! This is not Gail’s hat. Nothing to see here…. move along now.. 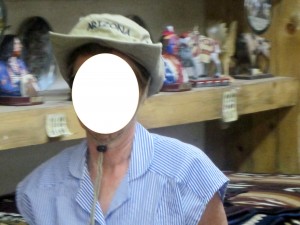 On the way to Oatman: 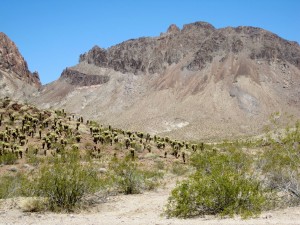 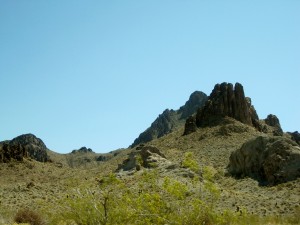 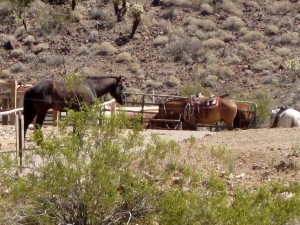 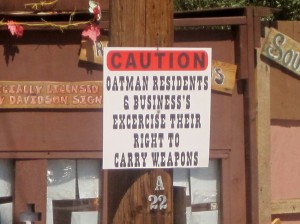 I’m not against a little “personal” protection… think about it myself.

I was just a tad curious as to how the good citizens of Oatman, Arizonia worked it out.

But then it became obvious…

Oatman has a lot going, for a place that lets its “burros” hang out. 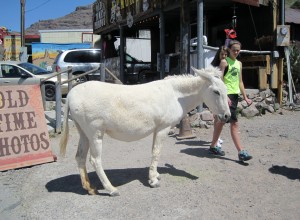 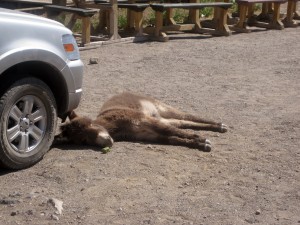 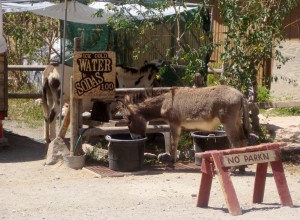 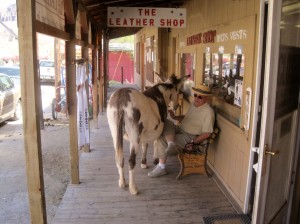 and of course the old prospector and his new friends… 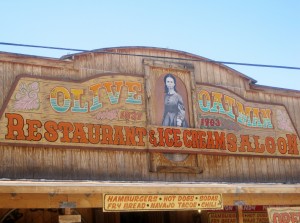 Oatman has Olive Oatman, a young Illinois girl who was allegedly kidnapped by Indians and eventually released nearby. Hence the name Oatman. 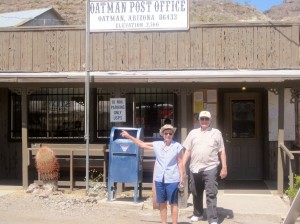 A Post Office. Gail points to a sign that says 10 minute parking and they really mean it!! 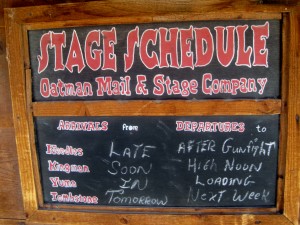 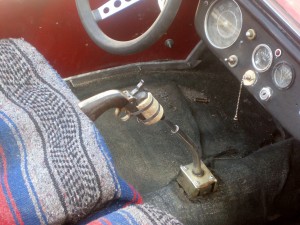 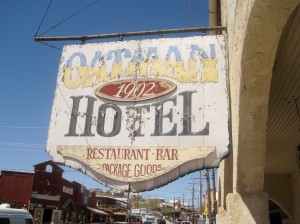 Where Clark Gable and Carol Lombard had their honeymoon. 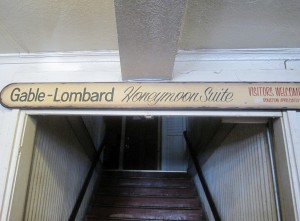 Gable loved the place and would come back to play poker with the miners.

Frankly my dear I don’t give…. 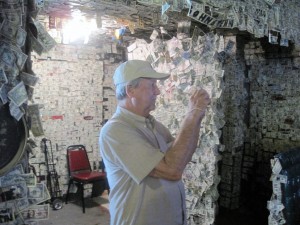 Doug likes the place. ‘coarse could have been because the place was plastered with over  $60,000 in dollar bills. A tradition that dates back to the mining days when miners would come and have the bar-keep nail up some money and when they had drunk it up throw ’em out. 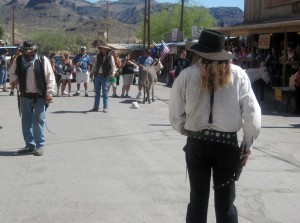 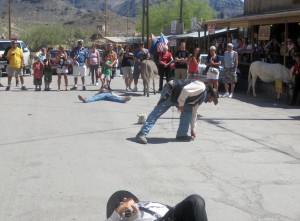 Doug explaining that he had nothing to do with it. 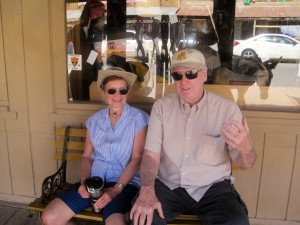 We left Oatman and headed out of town toward Kingman on old 66. 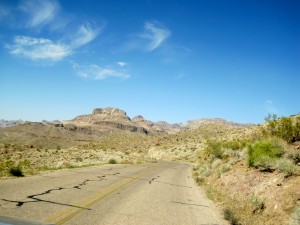 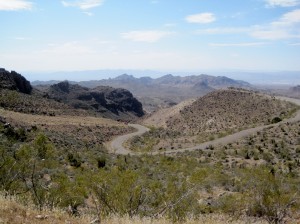 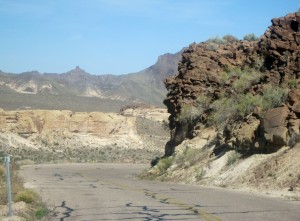 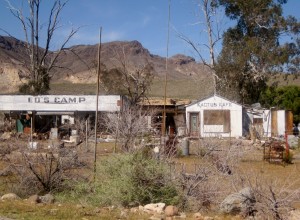 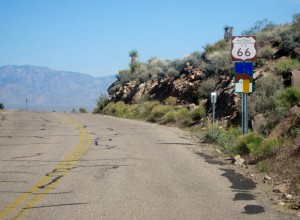 We stopped at this road side station that I vaguely remember from the family trip in the 60’s. Something about charging more for tap water to fill the radiator than for Coke and dad not going for it. Where’s a loaded Jeep when you need one? 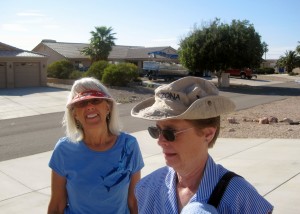 Our next stop was back east a bit to Ben & Bette Munger in Cave Creek, Az. But that’s another story.