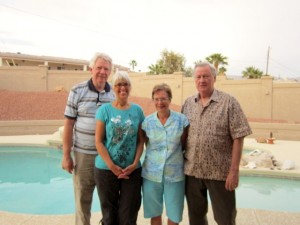 We dropped in on Doug & Gail Sweet, old, old, old friends from long ago, who just happen to live in Lake Havasu City near the Arizona – California border. (California is on the other side of the lake formed by damming the Colorado River at Parker Dam).

Lake Havasu City (LHC) was established in 1963 by Robert McCulloch, the chainsaw guy, as a planned community (whatever that is). Other than Lake Havasu, houses on the desert hills, the heat and an occasional rattlesnake, LHC’s other claim to fame is the London Bridge. Yes, that London, back in merry old England.

McCulloch bought the 1830 bridge from the City of London in the 1960’s and had it shipped over and rebuilt.  It and a canal under it from the Colorado were completed in 1971. 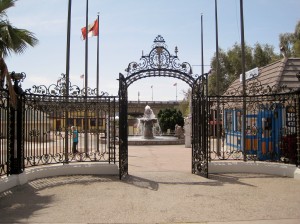 I remember reading about this and thinking how foolish can you be buying a bridge and putting it up in the middle of a desert in Arizona?

Seems to have worked! 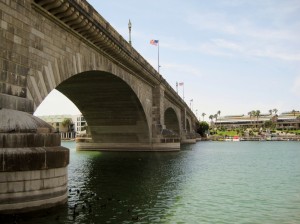 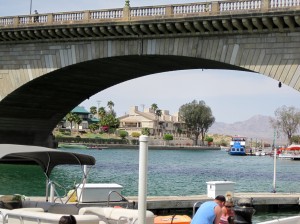 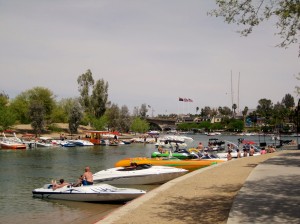 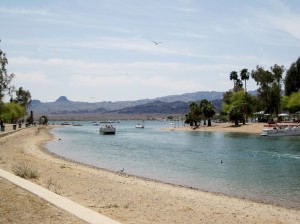 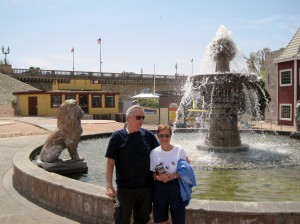 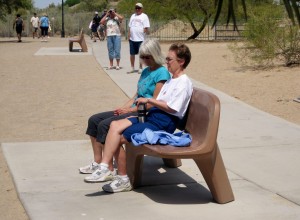 There are nearly 60,000 people soaking up the sun in Lake Havasu City now, not including the spring breakers – sorry – no pictures, too much nudity. Rumor has it that “Jack-the-Ripper” came over with the bridge, too.

I met Doug and Gail way back when I was one of the  ‘ute’s in our church. They were asked to oversee us as youth directors. They were only a couple of years older than most of us (Gail was- Doug robbed the cradle).  Anyway they accepted, fools that they were, and I’ve missed (needed?) their overseeing ever since. 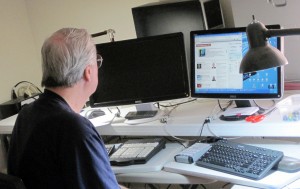 Doug is a retired GM engineer, actually he is an engineer’s engineer’s engineer. That’s him in his computer room where he has roughly 200,000 computers and who knows what else. Its hard to describe Doug. His brother Ken, who also lives in LHC, calls him Monk after the TV character, but I think his “Monkness” is because Doug’s brain is constantly analyzing and “engineering” at warp speed.

Its good to have a Monk around especially when one’s convertable top won’t convert: 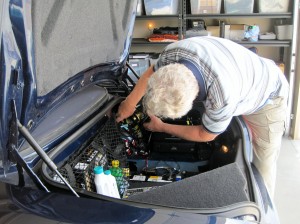 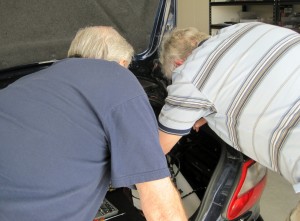 Gail, on the other hand…

while trying to keep Doug focused had to put up with us for a long, long time and that can be very try- I mean tiring. She gave up her sewing room for us to sleep in. Made meals for us. Baked bread. Fixed home made granola (which I kept eating). Took Mary to water aerobics. Played Mexican Train and Wii with us. 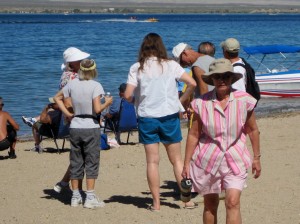 Even took a chance and introduced us to some of her friends. Gail was a great hostess even when we came back the second time.

What can you do/see at Lake Havasu City?? 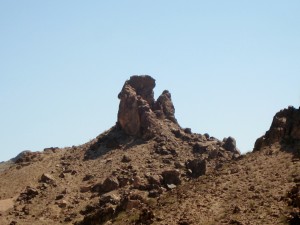 You can see the Michigan Rock.  The UP fell off during the last snow storm.

Go to a swap meet: 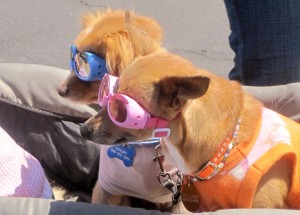 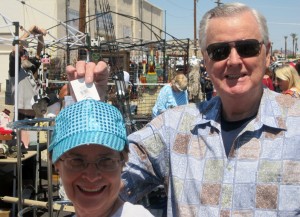 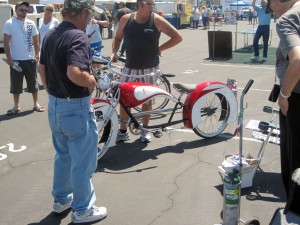 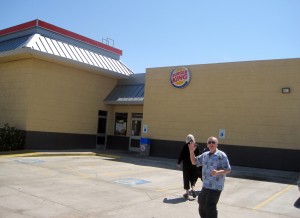 Go out to eat: 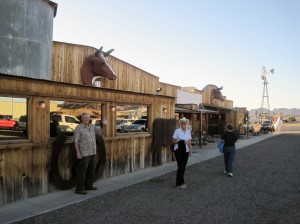 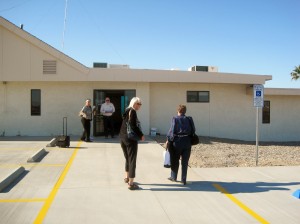 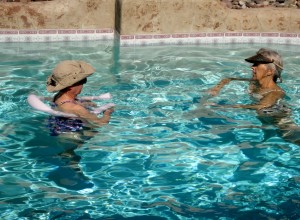 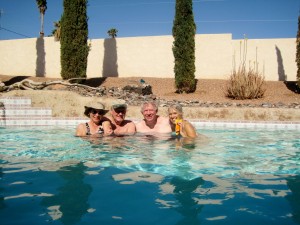 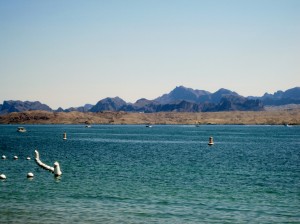 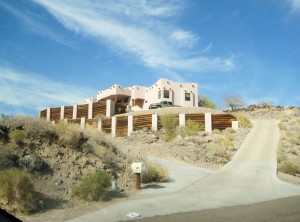 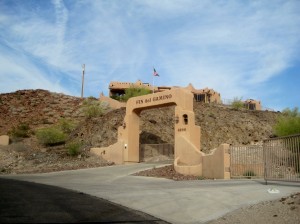 EDIT NOTE: I was going to wait until I was done with this post before publishing, but we have run into a couple of snags with our “wheels” and time has slipped by.

So there will be a part “deux”.