But first a word from South Carolina 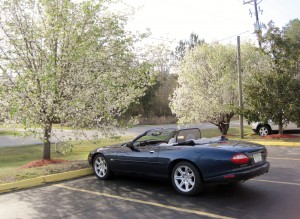 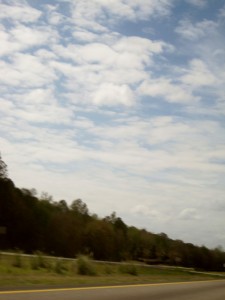 We stayed a motel that claimed to be a Ramada but I’m not so sure. The people running it had lived in Clio so I guess it was OK. The blossoming tree was a plus. I think we ate breakfast at a Waffle House. 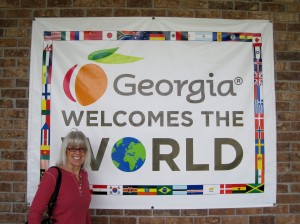 We decided that since we had removed the spare tire and packed the space full of camping gear maybe we should camp. So we did at Fort McAllister State Park which is just outside of Savannah.

Our own gated entrance. 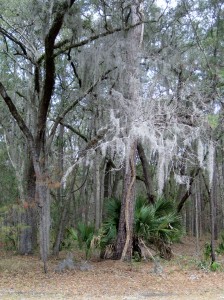 On the way to our campsite: 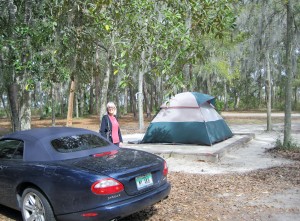 It wasn’t so bad. We were only a few hundred feet from the privy and there was running water to bathe in. The campground is located on Savage Island about a mile down the causeway from the actual fort.

“Located south of Savannah on the banks of the Ogeechee River, this scenic park showcases the best-preserved earthwork fortification of the Confederacy. The earthworks were attacked seven times by Union ironclads but did not fall until late 1864 when General William T. Sherman’s 60,000-man army began to close on Savannah. Needing control of the Ogeechee River to open supply lines, Sherman dispatched a Union division to cross Bryan’s Neck and attack Fort McAllister overland from the rear. Never constructed to withstand a land attack, the fort fell after fifteen minutes of intense combat. Sherman’s March to the Sea ended as the Ogeechee now lay open. Within a week, the city of Savannah became the Union’s prize at the close of the western campaign to split the Confederacy.” (shamelessly lifted from several sources) 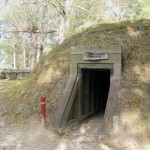 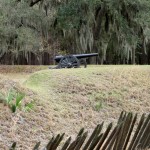 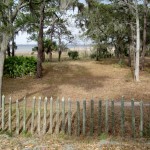 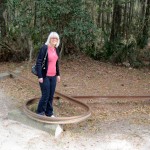 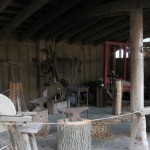 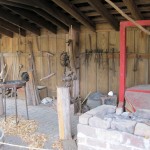 A little known slice of history concerning this area and the fort involves none other than Henry Ford. It seems that Henry took a shine to this part of Georgia and bought 75,000 acres (about 177 square miles) including the ruins of the old fort so he could grow rubber trees to make tires for his cars. He then spent $200,000 restoring the fort, which in the 30’s was real money. The rubber trees didn’t pan out so he bounced into growing iceberg lettuce. Creating a whole new industry that is still going on.

We decided to park the car in the historic district and go on walk about. Before our walk we had lunch at the WhistleStop Cafe where we went native and had fried green tomato sandwiches with greens and sweet potatoes. Um-um finger licking good. 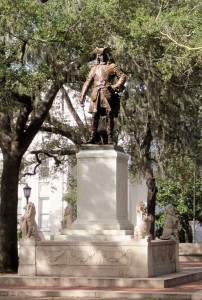 Savannah was founded in 1733 by James Oglethorpe as the first settlement of the British colony of Georgia. His intention was to establish a haven for debtors, with no Catholics, lawyers, or hard liquor – and, above all, no slaves.That didn’t quite work out. 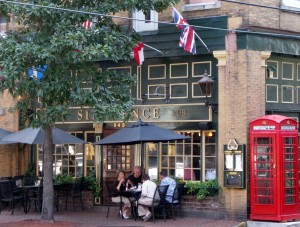 Southerners joke that in Atlanta, the first thing locals ask you is your business; in Charleston, they ask your mother’s maiden name; and in Savannah, they ask what you want to drink.

More shots from the historic district: 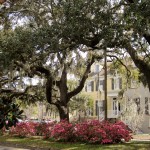 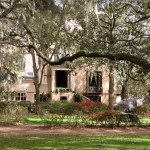 We decided that it was such a nice day and as we needed the exercise, a walk would do us good. The historic district is arranged around garden squares and forms the core of the original city. 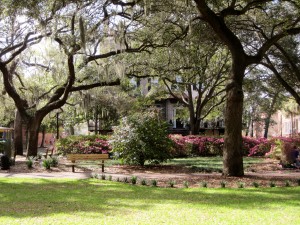 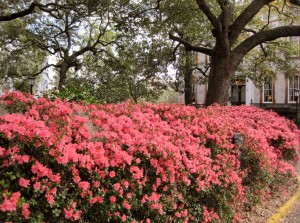 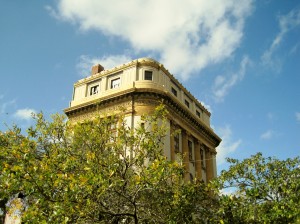 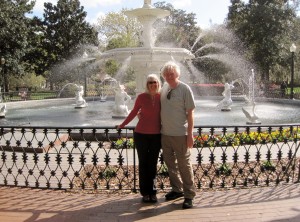 The fountain, possibly modeled after the fountain in the Place de la Concorde in Paris,was added to the park in 1858. Every year during the St. Patrick’s Day Festival, the 2nd largest St. Patrick’s Day celebration in the country, the water in the graceful old fountain is dyed bright green. After we visited the famous fountain we turned around and walked to the river front. 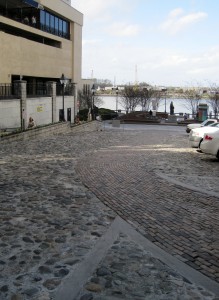 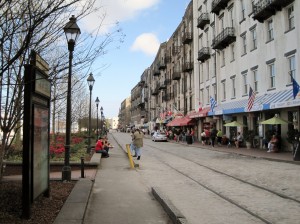 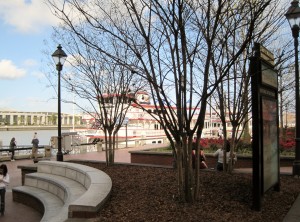 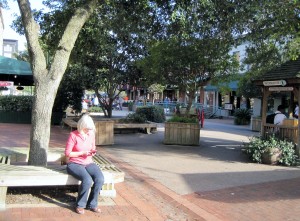 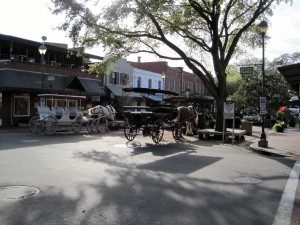 We had gelato (sorry no pics, we were exercising after all), 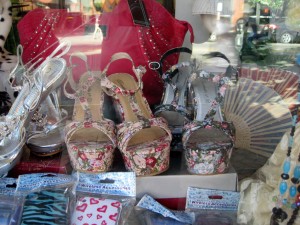 Then went back to our camp. We broke camp the next morning and as we were doing so we were assailed by no-see-ems, Georgia was telling us it was time to go and that was OK we were heading to Florida anyway. M-I-C  K-E-Y  M-O-U-……..