We had a real good time with Stan & Marie. Stayed with them three days, thought about one more but dead fish and all that dictated we move on. Had at GREAT time at the Stan & Marie Bread and Breakfast!

They took us to a couple of strangely fascinating places. The first was the home of Smucker’s (ya, the jam people) in nearby Orrville. Who wouldn’t want to go to Smucker’s, right? Learn all about jam! (OK, yup, after all it is Ohio.) 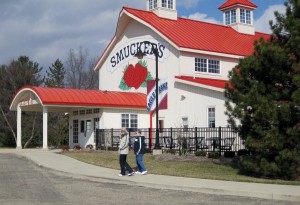 Well it was interesting! Smucker’s was started (readers digest version) by this guy named Smucker who made apple butter for the local farmers back in the late 1800’s. This grew into the jam/jelly business and today Smucker’s is a huge conglomerate which owns not only Smucker’s but Pillsbury, Folgers coffee, JIF peanut butter, Hungry Jack, Crisco and a bunch of other companies. They source most of their stuff here in the good ‘ole US of A and believe they have a responsibility to their employees and their employees have a responsibility to Smucker’s.

Who would have thunk it. Right there in Ohio. 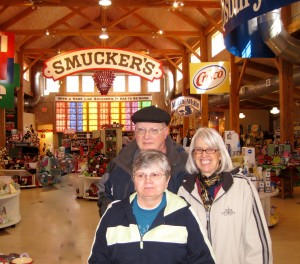 The other place they took us was Lehman’s Hardware in Kidron.

To set this up properly, Stan & Marie live close to Amish/Mennonite territory and you see a lot of this sharing the road with you. 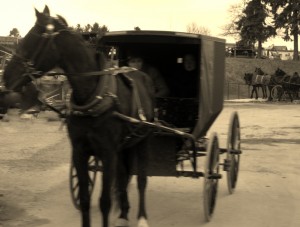 Lehman’s was (lifted directly from the brochure) “founded in 1955 By Jay Lehman To serve the local Amish with non-electric, old-fashioned products”. 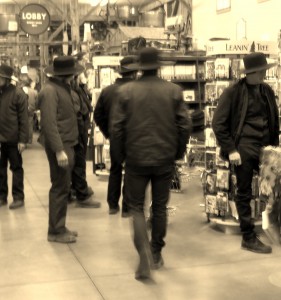 There was an auction going on, there were buggies and old fashion people everywhere. Fascinating really. I won’t be making any judgment on the Amish lifestyle, but I am curious why the 1800’s? Why not the 1400’s, or 875, or 33? Why pick 1845, or whatever year era was chosen? I suppose that it is good to have a group of folks out there that know how to do things “the old-fashion way” just in case. You know after the big one. 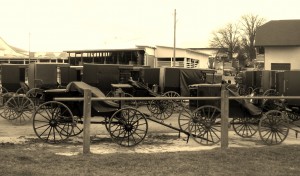